Once upon a time, the name of the monk who was in the village of Chatoya who was in the village of Hatoya that the virtue was hot, people called “Kitatani Elder” named after the legend, the local Chatu Town of the sake shop is the stage Ryukyuan play ” “Monotamatsu” etc. named after … … etc.
Chutuo Kitaya’s sake brewery is a polite way to care gently and carefully to keep in touch with people while keeping the manufacturing laws passed down from generation to generation, with loving awamori being characterized by gorgeous and elegant fragrance and goodness of throat.
The annual production volume is limited because it is made with family and several staff only, and it was sold only in Chatan Town and some areas until a while ago, but in the nationwide district of Awamori and local people reviews It is now famous island liquor which is famous for being delicious in the prefecture and across the country.

Manufacturer, Kitatani Elder Brewery Plant, founded in Shurataka cho in Shimonoseki era 1848 Ryukyu dynasty period. In 1910 he relocated to Honcho Kuwae, and after the great war last time, the operation resumed in the 1940s. In 2006 we changed the company name from “Tamanahana sake brewery factory” to “Tama Yaha brewery factory”, but in 2011 we will be “Kitatani Elder Brewery Factory Co., Ltd.” and we will be present. Mr. Kitaya has a high awareness of the townspeople and there are many fans inside and outside the prefecture because of its mellow flavor. Because the factory scale is small, mass production is impossible, but we set a number of shipments and we continue to make good sake making customers feel secure. 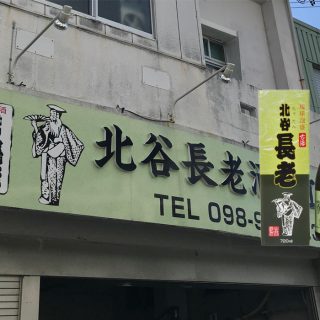